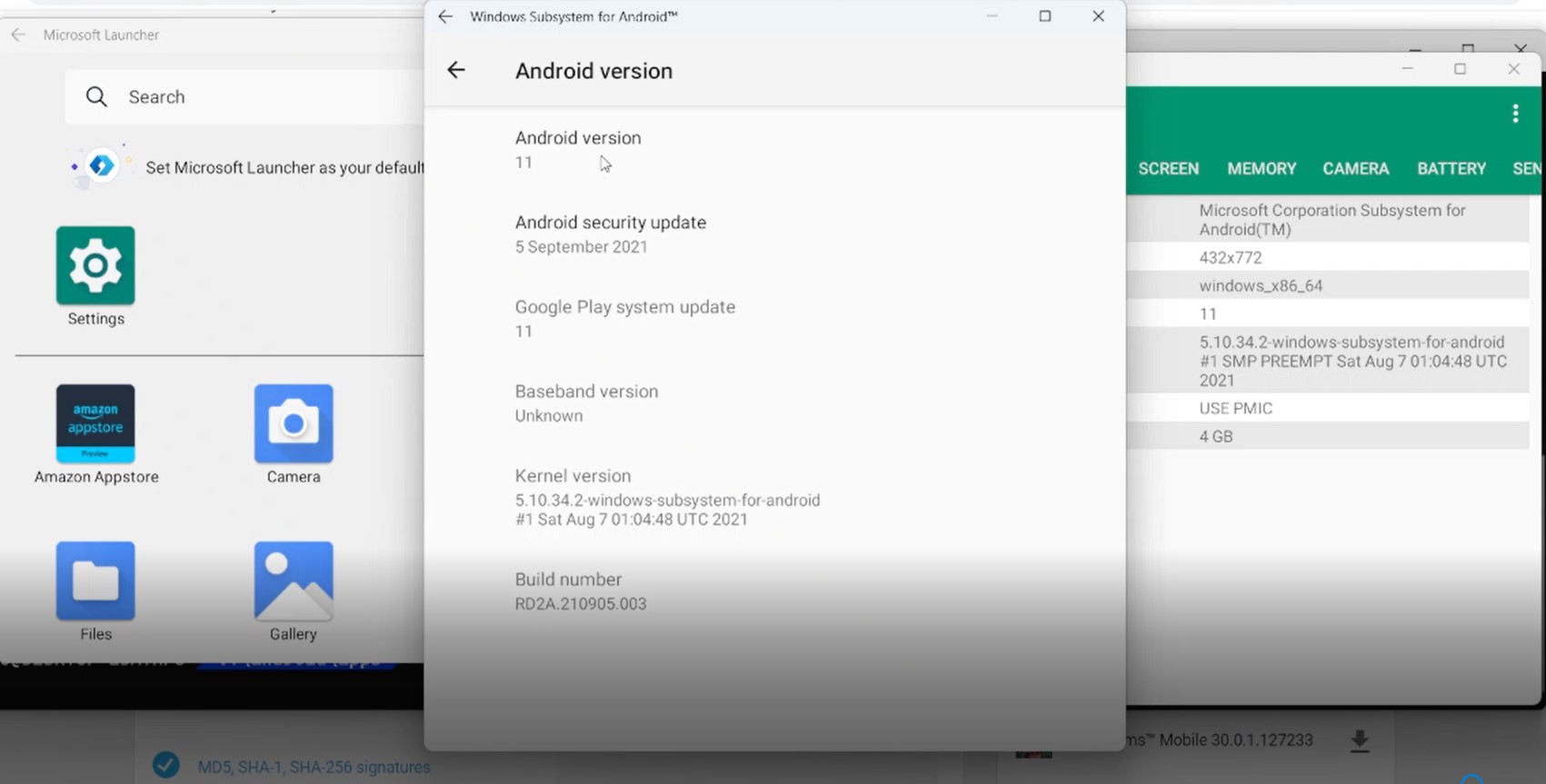 Windows Subsystem for Android as of today (21/10/2021) is available on Windows 11 Beta channel and we can install Apps using Amazon AppStore.

How to sideload Android

Windows Subsystem for Android has Android Debug Bridge (ADB) enabled and running on local network port 58526 under Developer mode of WSA. So it means we can just configure Developer Settings to authorize ADB and we can sideload apps easily.

Now you can install your APK using the below command -

Here com.microsoft.launcher.apk is the APK file, you can replace it with your own file and make sure the file is in the same directory or the absolute path of the file is given.

Just after installing, you should already see the app in your Windows Start Menu, if not then head over to the next section.

Sometimes the apps fail to register to Windows Start Menu or they don’t have any launcher. So we use adb’s monkey to launch the app. We will need the app’s package name. In case of Microsoft Launcher, it’s com.microsoft.launcher so the command is -

The App should now run as an isolated application in Windows, there might be delay but it works. You are good to go!

I recommend to have a launcher installed so that after installing you can easily install the apps and run it from launcher. I have install Microsoft’s Android Launcher which actually matches up with aesthetic look of Windows.

Sideloading apps is still not officially announced yet and I am sure, Microsoft will introduce better options to install apps like context menu options or Drag & Drop APKs inside WSA. For only, Windows Subsystem for Android is just 2 days old and I am already impressed with it. Still there are more things to be explored (like GApps), let’s keep learning and sharing the knowledge with world. Till then peace out ✌️.